Let’s face the facts.  When some group like the Babes Against Biotech is out there leading the charge to get genetically modified foods labeled, you’ve got to do a double take about women who are using sex to sell their cause.  The leader, Nomi Carmona, is excellent at the dramatics and reciting her reasons for leading the charge.  Of course, she has some acting skills and is good at memorizing her script too so it shouldn’t be surprising.  She can be pretty convincing to those who don’t know otherwise.

If you take a look closer at the Babes Against Biotech and other like groups tout, you get a good idea of where their information is coming from.  The frequently used links from Sustainable Pulse, Natural News, RawforBeauty, MyScienceAcademy, Center for Food Safety, Institute for Responsible Technology, UndergroundHealth, and such.  As an uneducated observer, one might not know that these sites are full of unvetted information and lots of pseudoscience.

It’s very clear that although they claim to be pro-science, what they promote is far from being scientific in every form and fashion.  Some of their followers will even admit that they don’t need science too.  Their comments clearly show that they don’t quite understand the science either. 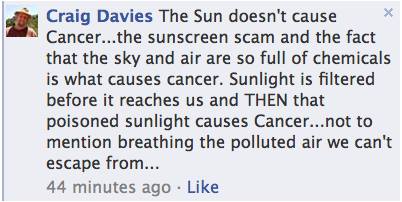 As you can see, so many people who have no attachment to farming have all decided to voice their opinion about the issue at hand.  They have been told that biotech is poison and so on by several of the leaders in the community.  The opinions of the public who are unaware of what it takes to farm somehow feel entitled to speak out over the farmers and the lawmakers are heeding that of an opinion.  That is purely irresponsible to rely on the public for information.

This same crowd who accuses others of poisoning and other heinous crimes are the same ones who are demanding that label.  To give into this kind of paranoia is absolutely abhorrent.  We live in a society that is dominated in technology and are used in our daily lives.  Why are we letting a bunch of non-farmers, washed up Hollywood actors, bikini clad protesters, and others to deny farmers the right to technology?

Apparently, the Babes Against Biotech and their followers have no problem using fear and misinformation just to make you pay more for your food.  If that is fine with you, sit back, do nothing and let it all happen.  When your grocery bill hits you if they should succeed, thank a Babe Against Biotech protester for making Hawaii a much more livable place for all.